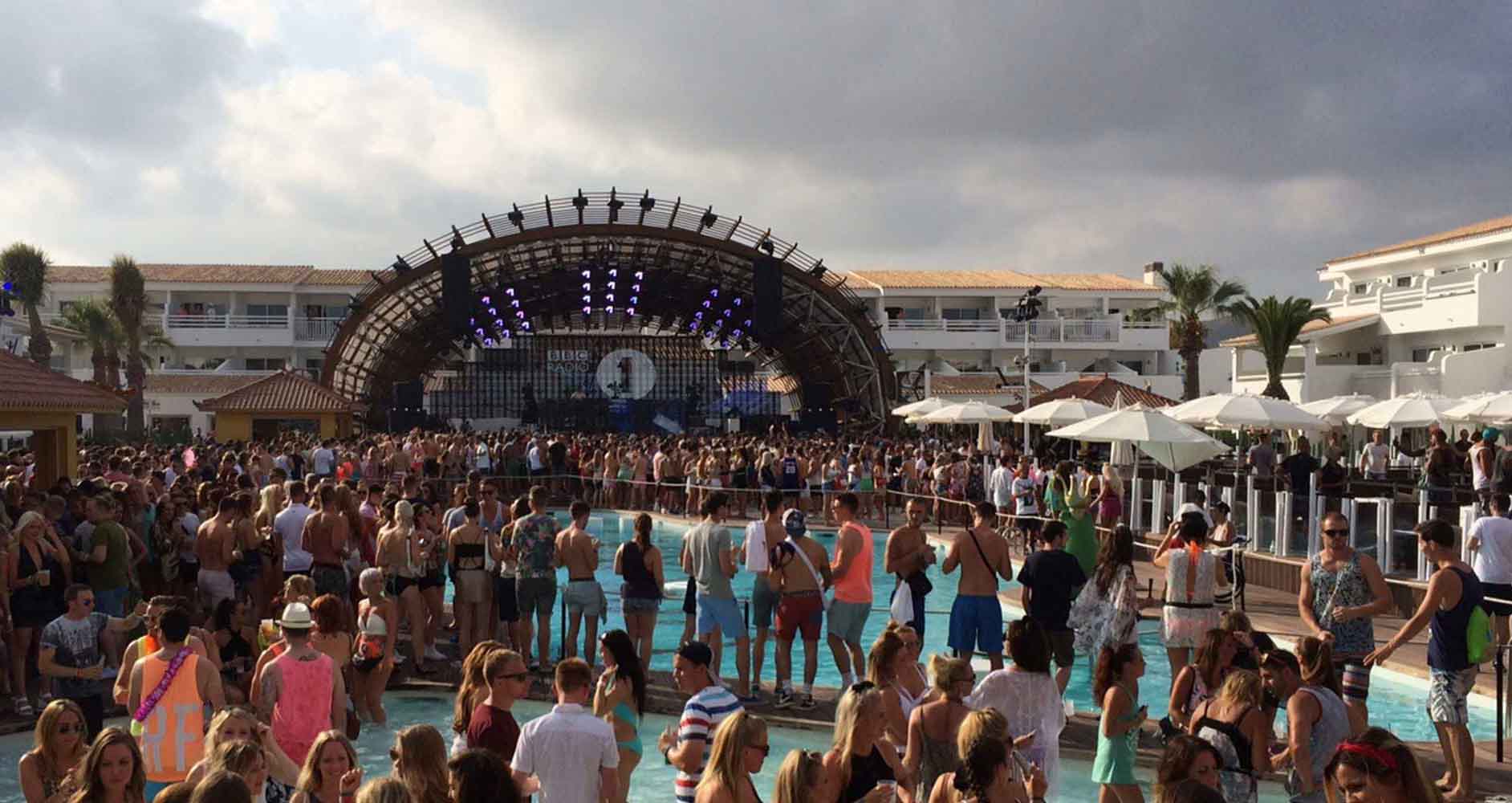 Last night I decided to spend a couple of hours searching in Internet for some of the audios of one of my favourite voice-over works that I’ve done. I’m talking about the imaging for BBC Radio 1 in Ibiza.

In 2010 my friends from Wise-Buddah, Mark Goodier and Paul Plant, asked me if I would record some voice-overs in “Spanglish” for one of their clients. Wow! In Spanglish! That sounded challenging and exciting. Of course I said yes.

A few weeks later I was not just making my first voice-over in other than my native language, but achieving something that I had never even dreamed of: my voice was going to be heard in BBC Radio 1. And not for a few words, but a lot! Actually I recorded new voice overs for Radio 1 guys, Matt Fisher and Dan Mumford, in 2011 and 2012 again. It was a huge pleasure and honor working with them and for the BBC every time.

But back to where I started. From those three projects I just got two promos. So I decided to start a mining job searching for more promos, liners, sweepers… anything. No success. I didn’t find any new audio. But I found something much better.

Thomas Giger, editor of Radio ILoveIt (one of my favourite blogs about radio) published a post about Matt Fisher’s session at De Radio Dag in the Netherlands. Thomas explains how Matt mentioned the imaging for Radio 1 in Ibiza:

For a remote broadcast from the party island Ibiza, Fisher and his colleagues rebranded the entire station… in Spanish. “A bloody nightmare to produce” but basically a really simple imaging concept with a massive audience impact. “People turn on the radio and think: WTF… what’s going on? Then they hear Chris Moyles and realize they do listen to the right station.” It created a lot of attention for BBC Radio 1.

It was great finding Matt talking so proudly about the Spanish imaging for Radio 1 in Ibiza. How wouldn’t he? I was, and my voice-over was just a tiny part of it! Matt even describes a promo:

In one of the promos we said: hi, I’m a Spanish voice over and I’m speaking Spanish and you can’t understand what I’m saying, but if I say Pete Tong and Annie Mac, you might understand that! It was a nice joke, and for the Spanish speaking part of the audience it must have been quite funny. It was all about taking Ibiza to our listeners in a whole new way.

As Matt Fisher mentioned, the impact of this temporary re-imaging of the station in Spanish was massive on their audience. I remember that a friend based in London told me that Radio 1 had started running the Spanish promos and liners on air one week before the weekend special programming. And the listeners were tweeting about it! 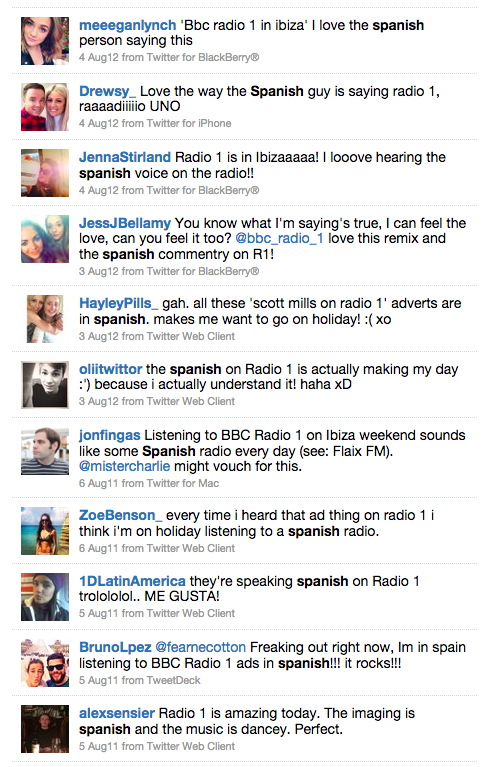 What makes me most proud about this work is not that my voice is in it. It’s being part of a perfectly designed, planned and executed idea. Voice is just an instrument. It may sound great if the music previously composed gets to tell a good story and if it’s well directed. Matt (and Dan) got to do both. And magic in post-production.

If you have any other good examples of voice, sound production and idea fitting together perfectly please let us know in the comments of this post. Links are welcome. Feel free to post your own work. Come on, don’t be afraid to show off!