In the era of vinyl records, or CD’s later, music distribution required huge logistic resources. In the time when mass broadcast was only possible through AM, and FM or TV later, music promotion depended on the capability to build influential relationships with broadcast media. Record labels were the core engine of music industry, thanks to their control of distribution and promotion.

But Internet crossed their paths. With MP3, non physical format showed up for first time in music. Youngsters stopped recording radio airplays on cassettes and quickly got familiarised with the concept of downloading music. The space for sharing music immediately extended from the school to the entire planet thanks to Napster (or was it AudioGalaxy first?) and its peer-to-peer digital sharing. (Yeah, I find difficult to remember the correct timeline, but you can find it in Wikipedia) 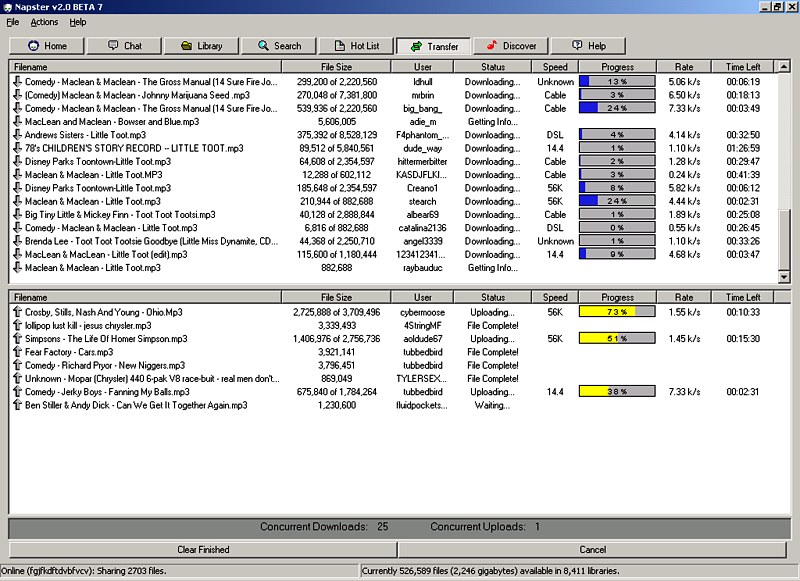 The whole process of sharing/downloading music became ridiculously simple. Illegally for long time. Then, Apple‘s Steve Jobs introduced the iPod and iTunes: a new way of distributing music, a new dominant player in music industry and an entire new scene for music business. Over time, record labels  dominance weakened and found that their business model was drowning. They took way too long to react and find new revenue streams, they were too busy suing platforms and users, fighting change, trying to perpetuate their traditional privileges. Music industry was never in crisis, the old-time business model of record labels was.

Those first kids who learnt to download music grew up and started consuming music in a new way (or their kids did), thanks to Spotify‘s, Deezer‘s or, recently, Apple‘s music streaming services. We got into the era of subscriptions and flat-rates in music spend.

Internet brought – together with continuous violations of intelectual property rights – endless opportunities for artists and creators to distribute and promote their content. Technology has simplified the recording and production process as well. Democratisation, liberalisation of music industry? Call it as you like… But the distance between the artist and the fan has significantly shortened.

Today, what record labels have at stage is much more than being displaced in the new status of the music business. There is a, yet, bigger risk: becoming irrelevant in the relation between artists and consumers (fans, listeners, buyers). The new actors, like Spotify, YouTube or Apple Music are getting as close as they can to the artists. Bands, singers, composers, producers, DJ’S – creators, in general – not only release their own products. They curate content from/for others, they create outside their primary artistic field, they produce their own promotional material. Artists have always been stars, celebrities, idols, leaders of a cult or a tribe. Now, more than ever, they have become brands. (Actually it’s the other way around, the way promotion and marketing is being done has changed because brands need to become tribes.)

Within the threat, as usual, resides the opportunity. Record labels have traditionally been powerful talent detectors and developers. They smelled potential superstars. That ability to find those raw-diamond-talents is crucial in today’s world. As we said: Recording, producing, distributing and promoting is easier than ever. The distance between the artist and the fan has shortened. That means there are many more artists trying to reach an audience than ever before. Saturation. Noise.

Finding the talent in the artists is not enough. For escaping that noisy, saturated crowd, the artists need to project their personality like a super-powerful beamer so the right audience can find them. So, into what should record labels reinvent? This is what I think: Their ability to find genius should be put at the service of the artists, elevating them, super-amplifying their authenticity with extra talent. Record labels, if they don’t want to be left behind, should be (and can perfectly be) the ones helping artists project that beam of personality so their audiences can follow the light and find them. That is, providing the artists with the tools, the resources, but above all, a talented team to found a tribe, a community.

I’m not talking about – just – money or resources. About attitude, yes, but not only. I’m talking about shifting the main mission for record labels. They should act as communication agencies, as production companies, as content platforms. They should become – always in my opinion – the environment for explosive creation of content around the artist.

For finishing these article, I would like to leave the last words to someone else. Please, watch this video: