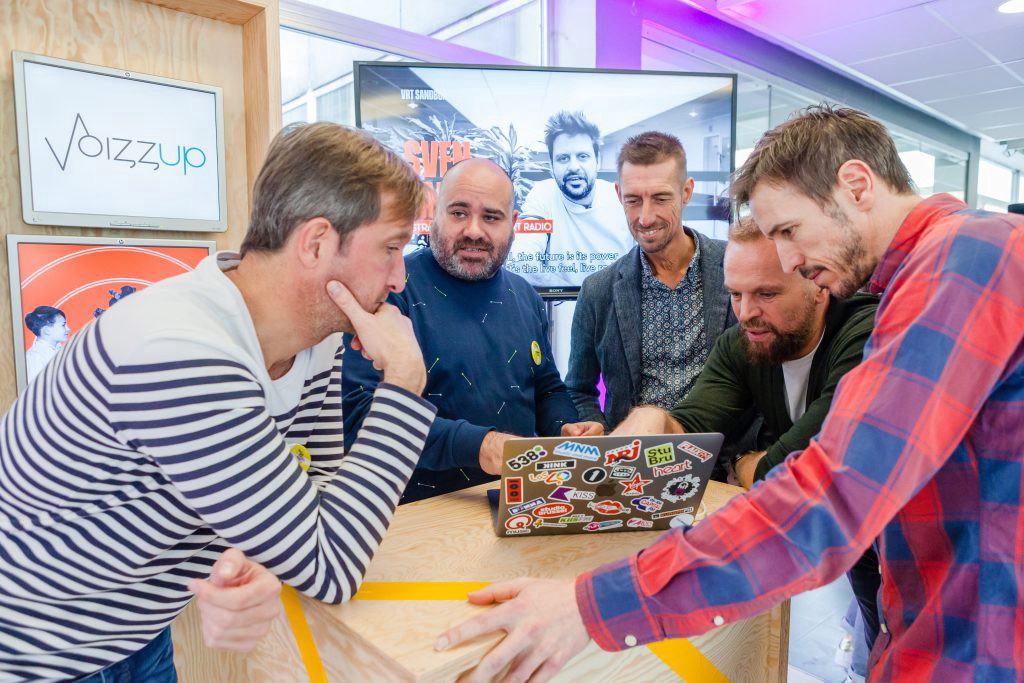 We don’t do Radio consultancy

This initial statement could be just a marketing claim, a deliberate positioning decision. We could be trying to set distances with a model of research in Radio that has raised skepticism in part of our industry, specially among professionals with a more creative profile.

Research equals consultancy and “consultants prevent creativity”. We believe these assertions are wrong, but commonly shared. Do your colleagues in Radio, maybe even yourself, think consultants in radio (and therefore the research they conduct) make stations sound “the same”, boring and conservative? We’ve heard that…

At Voizzup, we are convinced that, in most cases, consultants are not to blame for the conservatism, short-term vision and, sometimes, even laziness of organizations. In addition, we believe we cannot judge research based on the use made of it. This is not the focus of this article, though.

Voizzup is not consultancy because we do not evaluate, we do not tell what to improve or how. Voizzup is a framework for continuous on-air content improvement. We train the on-air team at the station to own listener engagement measurement. We turn daily second-by-second data (millions of reaction events from thousands of listeners during natural listening) into insights for the on-air team to collaboratively self-evaluate and improve. Maybe more importantly, we coach the station crew to approach self-evaluation with an iterative methodology, which enables the on-air team to achieve continuous improvement.

Consultancy comes from outside, collaborative self-evaluation happens in-house. With Voizzup, improvement doesn’t occur exclusively after periodical or occasional research studies, but continuously. It doesn’t rely on an external research team, but on a sustainable framework that is introduced and trained within the organization for good.

Unlike that old model of consultancy that is perceived as constraining by on-air teams, our final goal is to share a sustainable, continuous and creativity-boosting methodology for improvement.

On top of an iterative methodology, an iterative mindset is crucial. It helps remove the very human tendency to over-react, to make early assumptions and unfounded correlations. It helps neutralize the negative effect of fear, insecurity, arrogance. Iteration is creativity-friendly.

We could give you an endless list of articles that literally say (and prove) “creativity is an iterative process”. Actually, you can find some at the end of this post. Allow us to refer to some masters of creativity, though. LEGO has been stimulating creativity in children for decades. The LEGO Foundationhas iteration at the core of their view on creativity.

“When we talk about creativity, we mean acts that are intentional and iterative in nature. Iteration, for us, is a process of trying out different possibilities, revising hypotheses in response to new information, and discovering new questions. From a toddler playing with different strategies to complete a puzzle, to a young child exploring how the angle of a slide impacts the way a marble shoots across the floor, iteration is essential to our understanding of creativity.”

“Revising hypotheses”. This brings us to experimentation, given that Oxford Dictionary defines experiment as a scientific procedure undertaken to test a hypothesis.

Experiments are important for Voizzup. Through them, we combinethe two pivotal elements for continuous improvement that we mentioned: collaborative self-evaluation and iteration.

Why a scientific method in Radio? Short answer: we do data-science. Longer answer: As we mentioned above, it’s easy to make wrong assumptions, to see non-existent correlations, to rush conclusions when interpreting data. Long ago, we learned that observing over (not-too-long)time, finding patterns, formulating hypotheses, running tests to refute or validate them and acting on the learnt results (and repeating the cycle) was far less destructive than rushed decisions. And more creative-friendly for obvious reasons.

We haven’t invented anything new. There’s a very well known collaborative and iterative process, based on the validation or refutation of hypotheses in creative environments. Nowadays it’s widely used by innovative artists, engineers and designers. Specially designers. This process, similar to the scientific method for experimentation, called Design Thinking doesn’t come from science, but design.

Would you like to experience first hand our methodology for continuous improvement in Radio, inspired in Design Thinking? Would you like to see in action the creativity-boosting power of collaborative self-evaluation and iteration in your on-air team? Let’s talk: team@voizzup.com

Creativity is an iterative process, by Sheila S.

Why creative thinking is so important in data science, IE University

Modeling Inspiration: Where Data Science and Creativity Meet, by William Rosen for Wired

The impact of data science in creative industries, by Aleksandra Hadzic

What we mean by: Creativity, The LEGO Foundation

What is Design Thinking and Why Is It So Popular?, by Rikke Friis Dam and Teo Yu Siang