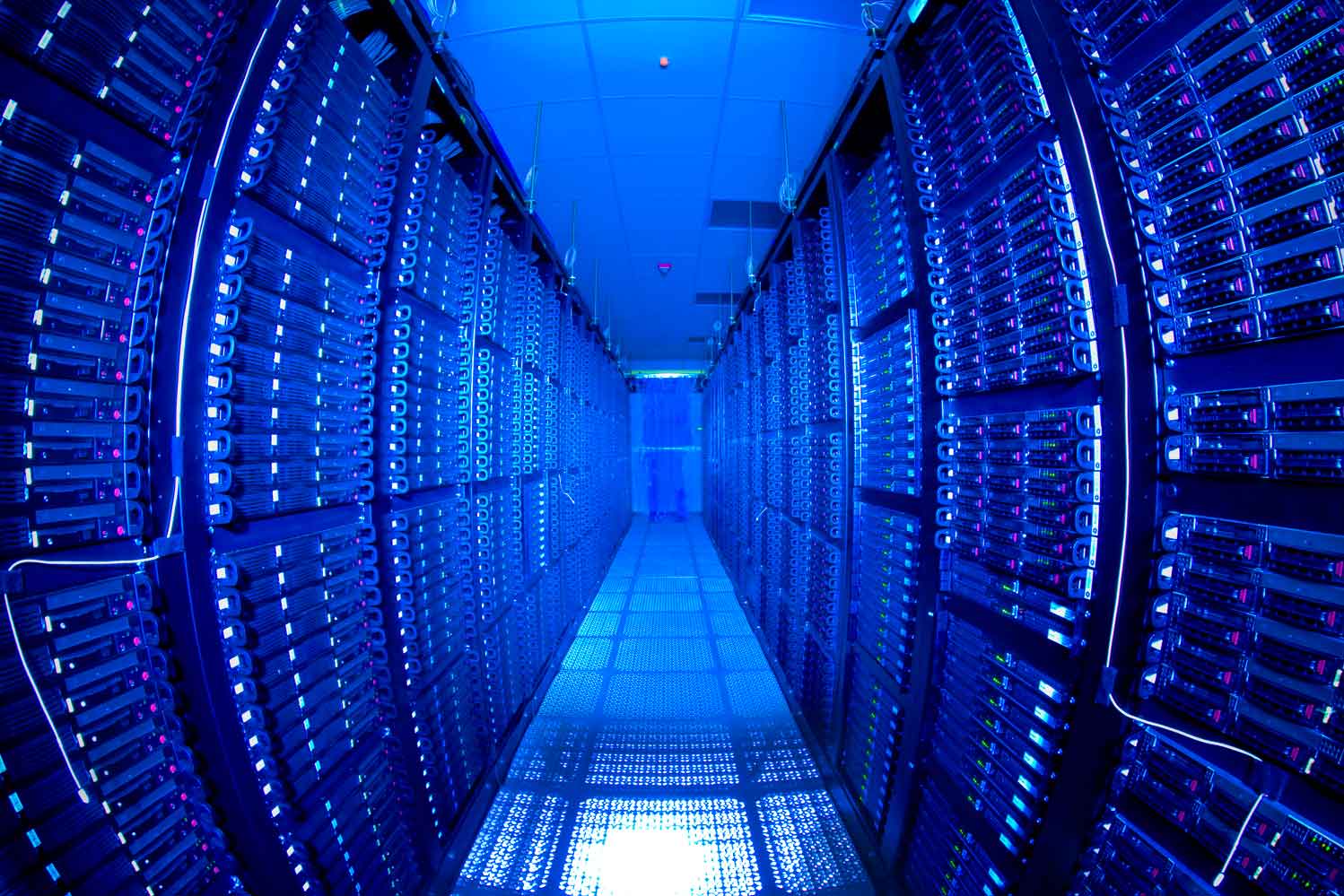 Big-data in radio at the service of human talent

A couple of hours ago I read an article about big-data in radio that got me upset. Probably saying that it upset me is too much. The post was written by an expert that I follow with much interest and respect and whose blog is totally worth reading. I simply don’t agree with his interpretation of an article about big-data. Making a long story short, it was basically the title – and conclusion, maybe –  what perturbed me: Science versus art.

After a few tweets trying to address my position on the subject, I decided to drive my passion of the moment into putting my thoughts on “paper”. I have three goals:

The algorithm is not the enemy

I understand that we radio professionals defend the importance of talent, of creativity, of human touch, of connecting with the audience person to person… I defend that too! That’s what radio is best at, and what we can never afford to lose (if we are somehow losing it is a different discussion). That cannot turn into an excuse for disregarding the value of technology. Or even worse, an excuse for our fear to innovate. 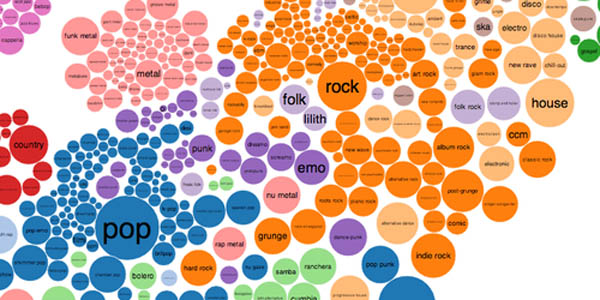 A music streaming service like Spotify that becomes like a robot, driven by artificial intelligence, taking decisions based on algorithms, is just a specific application – a powerful one –  of big-data. There are algorithms that help to focus, to find patterns, to explore revealing exceptions, to clean out meaningless data. Algorithms that help to learn faster without substituting human decisions. IHeartRadio is hiring a huge amount of data scientists, but their radio stations are still programmed by programme directors with decades-long experience. Apple‘s radio station, Beats 1, puts the spotlight on human curation, on music as the only master, the human touch capable of doing what algorithms can’t. Yet, do you think the data from millions of users through the same app are just thrown into the trash can at Cupertino? I don’t.

The threat is not in algorithms. The threat is our mind stuck in obsolete methodologies. The enemy is that panic traditional media organisations feel when they consider leaving behind techniques, which originated more than half century ago. We choose our music library for millions of listeners based on the perception of 60 people in a two hours panel. Or 8 people in a focus group in the case of spoken content. Meanwhile we don’t have anyone analysing those piles of data from online listening. If we keep doing that at the same time we proudly talk about the art in what we do, that’s when radio is dead.

Time to wake up!

The drop in radio listening hours has become a constant, specially among young ones. For keeping – or engaging in the first place –  those listeners, we need to fight not just with Spotify, Pandora or Apple Music but even with Snapchat or YouTube. Time spent listening is harder than ever to keep up.

Apple has launched a radio station. Live. With shows. With hosts. Actual radio. Spotify is adding radio shows (ok… podcasts) to its streaming offer. Tech giants seem to believe in the future of radio. And they are trying to conquer the central position in that future. What has our industry done meanwhile? “Spotify is not a threat. That’s not radio” we kept saying.

Every time there is a new guy on the block, we get defensive. We are anxious to know if he is bullying us. If he doesn’t hit us in the head, we just turn around, try to forget about him and keep walking as usual. We don’t try to find out what’s cool about him. Nor learn his innovative flirting techniques brought over from the other coast.

Radio is better at creating engaging content. It is a factory of talent. Talent can be stolen though. Technology can be copied. They should steal. We should copy. Actually, I prefer calling it sharing, in both directions. I think they are doing what they have to. Are we? Not using the technologies that Spotify, Pandora or Apple (or Netflix!) are using is – in addition to being dumb –  giving them advantage, I think. Where is big-data in radio? What is the radio industry waiting for?

The shift starts in our heads

Without a mindset change, nothing will be different. Two reasons for that.

First, the obvious one. I already mentioned the fear to try something new, to risk, to adopt innovation. Both organisations and individual professionals need to realise, that is the main obstacle to protect our traditionally privileged position as engaging content creator and mass media.

Second, and probably even more relevant, we – again, both organisations and individual professionals –  need to adapt. We leave behind the times of certainty in listening behaviours, magic huts full of this-always-works in content, and research techniques based on asking a tiny portion of the audience from time to time if everything’s going ok. Constant change requires continuous learning. Continuous learning is only acquired through never-ending exploration. There’s no exploration without an experimental mind. Big-data in radio turns into continuous learning, eventually into constant improvement. Perhaps it sounds simple. It demands greatly from us though. We need to learn to experiment.

I’m not using the word experiment as in trying new things. I mean methodologically. We are not asking for listeners’ perception anymore. Without a questionnaire, answers are collected through tests. That is experiments.

Above, I said “algorithms that help to learn faster without substituting human decisions”. The big-data in radio that I believe in is not about installing an app in our servers that turns our radio stations in robots that generate the right content for each listener. I believe in talent, creativity, intuition, emotion, experience. The continuous learning that big-data enables will help us speed up change in order to adapt to listeners behaviours, boost the creativity of our teams and maximise our resources. Only if we are capable of digesting information fast enough.

Or technology in the hands of radio professionals. Or big-data in radio at the service of creativity. Or faster learning cycles for constant improvement of radio content. That is to say, data to feed not just artificial intelligent systems, but primarily human teams. Professionals with emotions, empathy, intuition and care for details. Experts in creating engaging content.

This is what I believe in, not just as founder of a startup that introduces big-data to radio, but as someone who will always be a radio guy.

Can I share my vision with you? Please let me tell you what we – Voizzup – are doing, what we are developing in the coming months and how I imagine the future I’m trying to contribute to:

The data we are using comes from online listening. We capture all the interactions, every click, from every listener on the mobile app of the radio station. Pause, play, volume up, volume down, share, favourite… every action on the screen from thousands of listeners is aggregated, correlated with the specific element on air and translated into meaningful insight for the team of the station. Voizzup provides two services, one for spoken content and one for music.

We can identify the most engaging segments, pieces of information, topics or hosts. We can help your morning show team be more confident on how much impact on the audience they have every time they dare to be spontaneous. We can also show them how a great joke can be brilliant the first two times they tell it, and suck the third.

We can help your music director be bolder and safer at the same time when selecting new artists and new songs to play. Every song is tested from the first play and every time it is on air. You won’t miss a burnt recurrent anymore. Track every song play after play and see the trend from a hot track – with thousands raising the volume when it’s played – to a burnt song – when thousands tune out tired of it.

In the coming months we’ll be building flexible dashboards that provide answers to your questions in a clear and intuitive way, so you can formulate and validate your hypothesis faster than ever.

Is your station considering a format change? You don’t need to conduct a costly market study that requires tedious preparations. Let’s design your experiment: create different clocks with your different format options and spread them along your grid. Run them for two weeks, measure and compare the engagement of your listeners with long TSL – your P1’s – and your short – your P2’s and cume. “Hey! Did you see the performance of those two clocks? They increased the listening of both long and short TSL listeners in 10 minutes. It looks like they are good format candidates!“

If we had to elaborate a feedback ranking – well, actually we did – this is the thing you have more often asked us for: “Could we get all this information in real-time?“

It’s not ready yet. But we have already internally started playing with it. Well, actually my colleague Jose has. I’m not allowed to see anything yet, I guess.

Imagine your most brilliant producer with this tool in her hands for transitioning between segments in the right moment, for motivating the hosts with achievable – and measurable – goals, for balancing the hour with safer contents after segments with weaker performance, etc.

I know, I said no artificial intelligence. Don’t worry, the comparison with Echo Nest refers to the application of smart algorithms that identify matches between content – music in the case of Echo Nest, speech in ours – and specific users. Still technology empowering human teams to generate the right content for the right audience.

Software looking for patterns, exploring the potentiality of new combinations of programming elements aimed to specific clusters of users. Imagine two segments of the audience of a CHR station that turn out to be: one specially interested in technology related topics besides electronic music and the other one in extreme sports combined with alternative pop-rock. Could you create additional products aiming at those two segments in order to boost their listening hours? Why not? You have the right team for that… and the right sponsors!

I see it as radio that grows organically. We are not there yet. But we will, sooner rather than later. And after linear audio comes on demand. And why limiting it to audio? But that’s a different story…

This is what Voizzup does, what Voizzup is developing and what Voizzup envisions for the future. As I said before: I don’t believe in science versus art. Nor technology as a threat to content. I believe in big-data in radio applied to unleash the talent of radio professionals from the hurdles and limitations of today’s – or should I say yesterday’s? – way of doing radio.