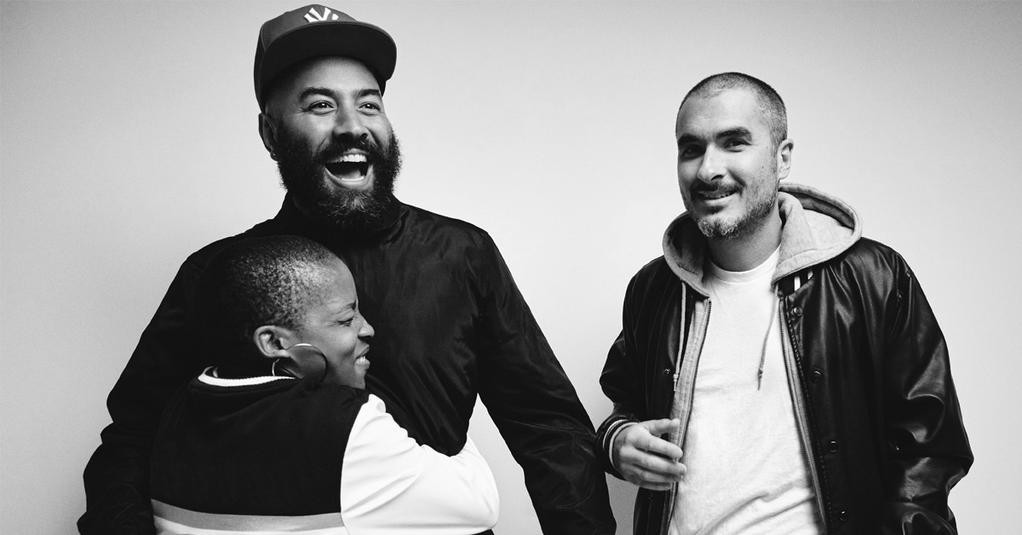 Reach: get them to try it!

It’s usual seeing gigantic marketing campaigns from established radio groups when launching a new — FM — station in a highly competitive — local or national — market. Simple goal: getting people to try it. There’s basically one way of achieving that, spending in marketing.

Most — exclusively — online radio stations are independent. They usually struggle on that simple objective of getting people to try them. The lack of resources for marketing becomes the main nightmare for these stations’ teams. Being found among a myriad of potentially global stations is their most insurmountable obstacle for growth.

Beats 1. Worldwide. Always on. Is it the first global, 24/7 live online radio station? Obviously not. But definitely Beats 1 is not like any other else. Apple is one of the brands with highest customer level of satisfaction in the US (Samsung has recently topped Apple). It’s the biggest company in the world, twice as big as the second one (ExxonMobil). Still not clear? Ok,I keep going. Apple has three times as much cash on hand as does the US government. Now we are getting the idea, right? No one can compete with Apple in marketing resources. Period.

Beats 1 won’t struggle for getting listeners to try it at launch like any other online radio station. They will have not just millions of listeners, but fans, even before they start. (An amazing reach that any radio professional, like me, would dream of. In addition, as founder of Voizzup, I fantasise with the idea of diving in the data generated by those millions)

Time Spent Listening: why don’t you stay a bit longer?

This is the life cycle for a radio station: once they are receiving listeners wanting to try the new station, they need to make them feel like coming back. And listening a bit more. Five more minuntes. An another five. Until they consider the station their favourite and it becomes the one they most listen to. From one time listener, to usual. From occasional listener to heavy user. From cume to converting into P1.

No matter how simple it sounds. Keeping listeners engaged, and therefore increase time spent listening, is today harder than ever. Radio stations don’t compete only with each other. There are music streaming services, podcasts, music playlists in video. The competition comes even from social networks nowadays. Anything sharing space in smartphones and other mobile devices. Specially among young audiences.

It’s commonly believed that linear audio is facing a continuous drop in listening hours. And as James Cridland says, Apple has probably disappointed some in this sense:

Beats 1 could have shown the radio industry how to do great radio, tailored for mobile. Content that is atomised and personalised, yet feels live, real and relevant. A blend of on-demand and live, playout done by the device, live radio with the skip button.

Apple decided not to fight for an advantageous position in listening hours through technology, by now. So yes, Beats 1 is as linear as any of the hundreds of thousands of stations out there, exclusively online or FM (plus online). On the contrary, Apple is relying on human talent, on an emotional touch, on curation based on artistic value. Again, like thousands of stations?

Achieving an astonishing reach might feel like a triumphant march for Beats 1. TSL is going to be a totally different story. Apple presents its radio venture as a truly global listening experience. Its worldwide nature is probably an effective marketing reclame, but it might actually be a handicap in order to engage listeners over time. Cultural differences, language, the lack of topics of local relevancy and eventual mismatches with listeners’ habits and biorhythms could work not in Apple’s best interest.

For a good performance on reach the Californian tech giant has plenty of what is needed: money, money and more money. Oh, and one of the most powerful brands… I almost forgot!

Despite the above mentioned, to accomplish a decent time spent listening they have some obviously relevant assets:

Tons of money doesn’t always bring a great team along, but it helps. A lot. We should probably recognize some merits in Apple at building great teams. I don’t expect different at Beats 1 around Zane Lowe. That means hosts, producers (some stolen from BBC Radio 1), sound producers and more. That means, basically, great radio.

This one is crucial. Let’s not forget that Apple Music is built on top ofiTunes, the clearly dominant music store that disrupted the entire music industry in 2001.

So happy for Tim, Jimmy and everyone at @AppleMusic + Beats1. I’m excited to be a part of it. ❤️💋 pic.twitter.com/SGFhWLeVTF

I said a great team means great radio, engaging content. When we are talking about music radio, artists themselves are certainly one of the most engaging content possible. The market share ofiTunes in current music will drive an impressive endless list of huge artists to Beats 1 to premiere their new tracks. I suspect Zane Loweand his team will show off the “in exclusive” label quite often.

If Apple’s radio station actually becomes the place to be for artists and the natural first showcase for great new music, it would likely have a significant impact on listening hours.

This is probably the least obvious TSL driver — and an indirect one — but, in my opinion, a unique opportunity for Apple. I already talked extensively about data analysis applied to radio programming and research in my last article. I would only like to insist in the idea that this is not — just — about technology and data collection. It’s about learning, actionable measurements, goals and the right mindset to turn all that into cycles that enable continuous improvement. Beats 1 hosts and producers will have at the end of each day precise measurements that no other radio station in the world has access to: exact total number of listeners that tuned in during the show — no statistical estimations — , for how many minutes each of them stayed and what exactly triggered hundreds of thousands to tune out at the same time. That information every day. If that, in the right hands, doesn’t translate into continuous improvement — therefore a more engaged audience — , what will?

My name is Tommy Ferraz and I’m a radio guy and founder of a startup called Voizzup. Please, feel free to comment, discuss or add. I will appreciate it.